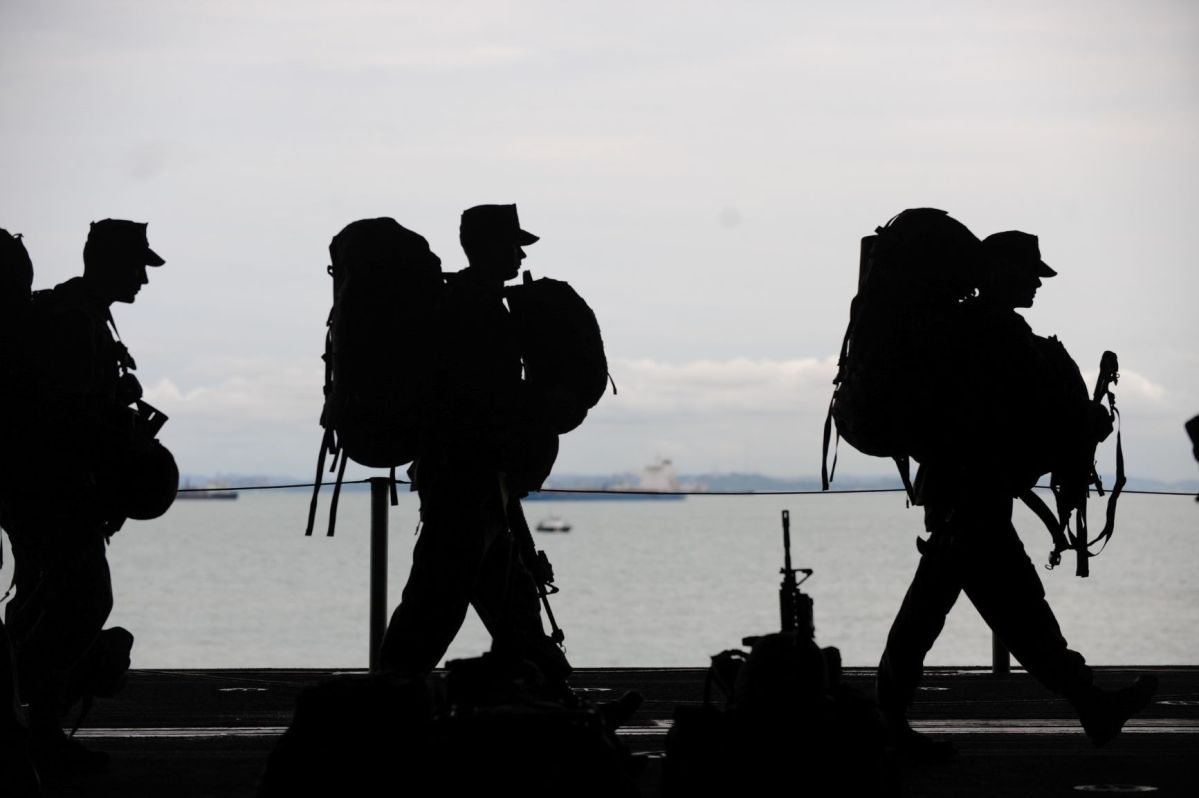 There is a power in receiving a blessing from someone you know well and who knows you well. It is a declaration that Christ’s power is close, available and personal.

My parents had married after less than five dates and a two week engagement, the vast majority of which my mother spent on a camping trip with her family, while my father was in Boot Camp in another state. Making life-altering decisions quickly and confidently was not new to them, but they would find there were times they would still need comfort. Upon graduation from officer’s training, my father was scheduled on the next military flight to Vietnam.

My father George Papa, Jr. and my mother, Debra McRae, were using his last day of leave to visit with his family. George Sr. and Beatrice were putting on a strong show of support. George was returning the favor with a strong show of courage despite having to go somewhere he truly did not want to go.

George Sr. kept asking, “Would you like a blessing, son?”

The visit went on with jokes amongst the brothers and handshakes. By the time my parents drove the five hours back to the Phoenix area, my father knew he had made a mistake. He wanted, no he needed, a father’s blessing before getting on that plane and leaving his young wife and young son for who knew how long. He called up his dad.

Much later that night, George. Sr. arrived at their place. He stood over his son and placed his hands on his head in an effort to give the guidance only God could give, but that they knew was available. He blessed his with clarity of mind, strength of body, and spiritual resilience. He declared his son would come home safe after fighting in the war. Those words echoed in the mind of my father and mother repeatedly over the next years as George Jr. fought through the jungles of Vietnam and hoped for a return home.

With a full platoon of men under his care, my father took as few chances as possible. Too many were unavoidable. At one point, he and his men got caught in a thick fire fight.  The soldier directly behind him was shot as they scattered. Finding cover for himself, my father watched his friend closely as he lay flat on the ground playing dead in the line of fire. The smallest of movements told my father that his friend was still alive. My father broke cover racing low and fast to his friend. Supporting him as best he could, my father dragged his friend to relative safety. They almost made it.

My father took a shot close and powerful right in his back.. He felt the thick blood dripping down his clothes and was sure it was a dangerous wound. Imagine his surprise when he found the liquid was actually juice from a can of peaches in his backpack, sent by my mother in a care package. Unreasonably, the tin can had stopped a rifle bullet. My father still credits the blessing of his father for that saving grace. And so do I.